I’m currently writing this on a plane, which is kind of exciting; mostly because I’m going to New York and partly because of that enticing idea of ones perceptions being distorted and altered when you go about regular activities in irregular locations. In terms of my week, it was mostly centred on documenting all the work that I had created this term, something that’s boring but necessary, although sometimes when you take pictures of your work you do learn more about it, but mostly it’s an annoying process.

I managed to photograph pretty much everything, using the white walls of the studio to my advantage. All the images are on my main website if you want to take a look: http://www.bobbicknell-knight.com/

Unfortunately I wasn’t able to decide on how I wanted my fabric/tripod set up to work, so that will be something that I’ll return to when the new term starts. I did experiment a little with the layout, considering whether to attach the tripods to the wall or not, etc. It was also suggested that the tripod may be the wrong item to hang the fabric from, and that a CCTV camera mounted on steel would be more appropriate. I’m still considering this, and have many weeks to do so before I return to the work. 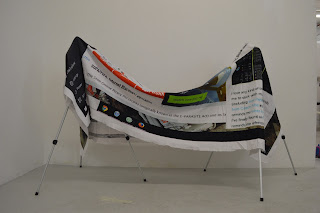 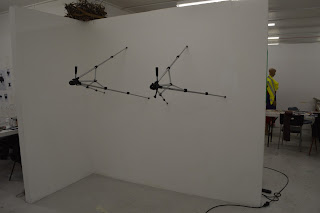 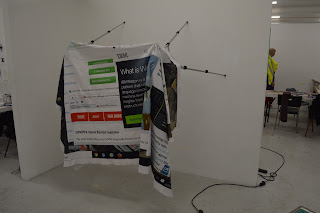 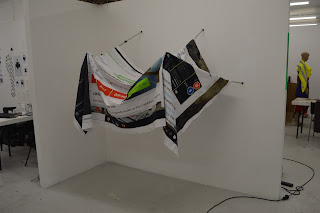 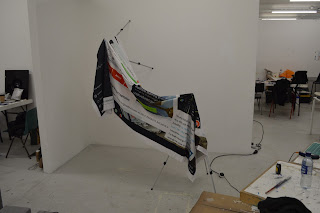 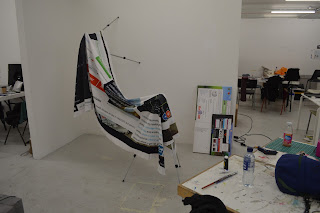 I also had my end of term review, which was mostly positive and went well. That was that.

Other points of interest this week was going to a Martin Creed talk, which was more of a performance than a knowledge enriching hour and a half. It was enjoyable, but I feel that it was only good because it was Martin Creed. After the first ten minutes it slowly dawned on me that it was a performance, so I slowly closed the lid of my laptop and embraced the middle aged man playing guitar for what it was.

Annabel Frearson gave the artist talk on Tuesday, which was maybe the best Chelsea talk this term. Lots of the work was looking at text, deconstructing whole books and slightly distorting them. She seemed particularly fascinated by the novel Frankenstein, which was never really explained or questioned. A particularly hilarious piece, called Rotten Tomatoes Review, involved the paying of a magazine to write a review for I, Frankenstein. The harnessing of a magazines reputation was an interesting idea, and something that I may look into doing.

This idea leads into thoughts that I’ve been having after reading into Constant Dullaart’s High Retention, Slow Delivery that I mentioned last week. Since then I’ve been looking at how to buy followers or likes on Instagram, alongside how to become one of these people who are payed to follow people. The idea of buying reputation, fame or interest is really interesting and I want to look into different ways to do this, be it buying ad space or something else, à la Jeff Koons. What I would be effectively ‘selling’ is another thing to think about. Maybe it’s something just to think about, and will never transform into work, who knows.

I went to a few seminar/lecture type things too, the first being called Feminisms – Arts of a Woman. It was interesting, and more of a conversation than about gaining any additional information. Dialogue is always good though. Later on in the day I went to a drag panel, featuring a number of people, one of which was Grayson Perry. I found it to be an interesting compliment to the feminist panel, giving multiple sides to a complicated story. I’m unsure what my position is on matters such as these, but I feel that educating oneself is always helpful, and being able to join in on the conversation is fundamental for growth.

At one point during the week I went to the Jerwood Space to experience two film works. I really enjoyed The Eye That Articulates Belongs on Land by Karen Kramer, which looked at the ‘re-wilding’ of the landscape around the Fukushima Daiichi nuclear reactor. Some really still, beautiful shots occurred, alongside the unique use of a smashed HTC phone.

Since being in New York I’ve been to a few galleries/museums, the Brooklyn Museum being the first one. It had a bunch of different shows on, all quite basic/boring work. The highlight was seeing The Dinner Party by Judy Chicago, and how bad it was. The cliché-nuss of the whole thing was a little too much to handle, the amount of feminist imagery was overwhelming and way too obvious for me. There were a few other exhibitions going on there, mostly photographic works which were kind of dull and only pertinent because of the locations that they were capturing through a lens. It feels like a lot of the time work is simply about being in certain locations, with the locations making the work important, which is kind of dull to me. It’s like when young people take a gap year to ‘find themselves’, relying on the location to have some significant effect.

I also went to the Museum of Arts and Design. One of the highlights was an exhibition called In Time (The Rhythm of the Workshop), which mostly consisted of video works and an installation called The Speed of Markets by Varvara & Mar. The work contained seven metronomes set to follow and translate into rhythm the real-time trade volume of the stock markets, which was kind of exciting. On top of this I went to a, shall we say unique (for me), exhibition at the American Folk Art Museum centred on Masonic and Odd Fellows Folk Art. In one way it was incredibly boring whilst on the other hand it linked quite well into my screenshot pieces, thinking about how much information/meaning can be embedded into symbols within paintings or sculptures. It was definitely a weird thing.

During the week I managed to see a bunch of films, Johnny Mnemonic being the first on the list. It had a lot of interesting ideas, similar to all the other films about virtual reality or ‘exploring the internet’, eXistenZ, Strange Days, etc. The next film was Hotel Transylvania which was a lovely little animation. Videodrome was a beautiful experience, one which I was surprised that I hadn’t experienced already. The parallels to Solaris (the proper version) were interesting to consider. A few years ago I watched the first twenty minutes of Cosmopolis and just stopped watching because I hated it so much. After re-visiting it this week I can appreciate it slightly more, but it still comes under the banner of ‘white men debating the meaning of life’, similar to Waking Life, Knight of Cups or Youth. It was one of my more negative Cronenberg experiences. The Irrational Man seemed to be a pastiche of the shit films about university, philosophy students and having a relationship with your tutor. It slowly began to be interesting, with odd things occurring throughout, but I still couldn’t get over the overtly cliché nature of the whole thing. Everest was obvious from the beginning (spoilers) everyone dies. Jurassic World was a nice call-back to the first film in the franchise, and was overall a light and enjoyable affair. Finally, I watched The Pervert’s Guide to Cinema, which was an increasingly quotable piece of education, but maybe too quotable. I thoroughly enjoyed it, but I’ve heard Zizek being quoted so many times before that I feel that I wouldn’t want to reference him even if it was appropriate to do so.

Oh and during this holiday period I really want to build a NewHive, experimenting with the layout and the opportunities that the website allows; I think it’s definitely an interesting platform to explore. Alongside that I want to work on my collaboration with Laila, so that it’s finalised before the offsite shows in a month or so.

During the next week I intend to go to many galleries and see many exciting things. I look forward to this enriching experience, before going home to a place where no art can be seen for miles and miles.

Oh and I’ve 'officially' finished with Snapchat, so during the next few weeks I’m going to put all of the footage together and create the film, which will probably be around four hours long. I am, however, still on Instagram. 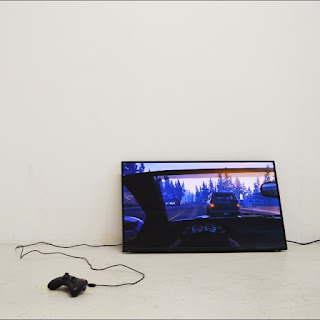