So, as I’m very aware, it’s been over a month and a half since updating this, slowly putting it off due to the amount of stuff I’ve seen, it’s literally an obscene amount of stuff now. I have a huge box full of press releases that I am gonna have to go through at some point, probably in the next post as that box is in London and I’m in Suffolk.

My last post feels like ages ago, and it very much is. I went to the Venice Biennale, which was quite incredible, lots of really great and thoughtful work. I also went to Kassel for Documenta. Unfortunately not quite as good as Venice, due to the severe lack of contemporary work on show. Lots of work from the later 1800s, the 70s and 80s. There were a few great things too, but it was pretty rare. I guess having it every five years means it needs to be foregrounded in the past a little more? I don’t know. 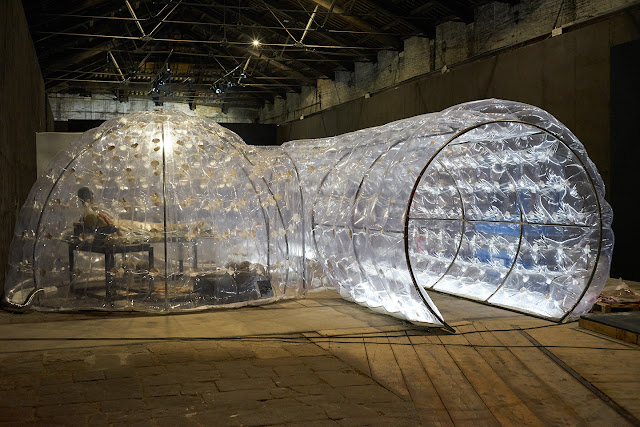 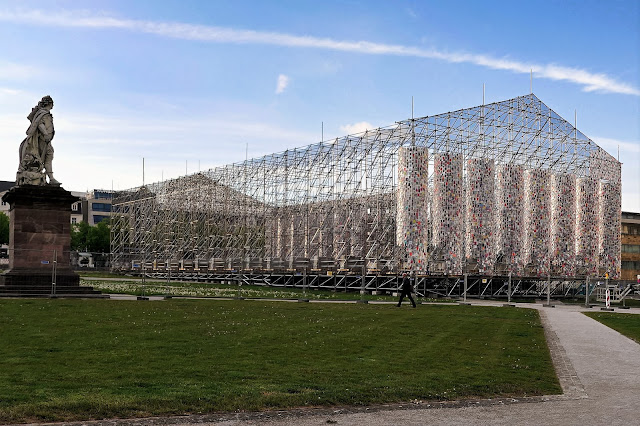 Other than that I’ve been going to see many shows, I’m not entirely sure where I got to in the last blog, but I went around all the major end of year shows for the different universities. I really liked some of the work at the RCA, lots of great video work (I emailed a guy asking if he wanted to sell his work on isthisit?, received an incredibly unprofessional reply) and a couple of really lovely sculptural stuff too. The sculpture department there is consistently exciting. 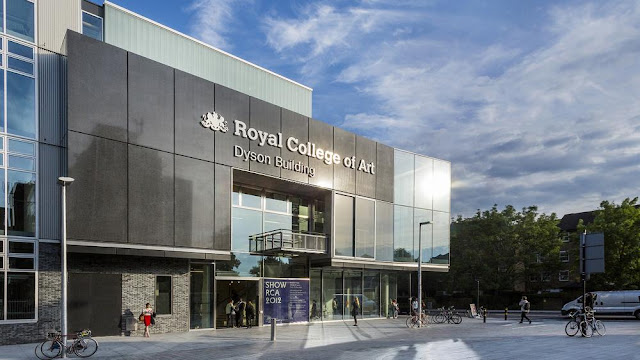 I also went to the Goldsmiths MA show too, and the BA if I haven’t already talked about it. Some really impressive stuff at the MA, Anne de Beaur being a particular favourite of mine. His ‘thing’ seems to be creating these structures out of snap on metallic poles, allowing him to create various sized structures with very little effort. This is accompanied by various acrylic printed sculptures that have Raspberry Pis embedded, playing various sound loops as well as a video taken in first person, walking through Grecian spaces, an amphitheatre, etc. He’ll be in the show that I’m curating to launch the second issue in a week and a bit, so I’m biased. 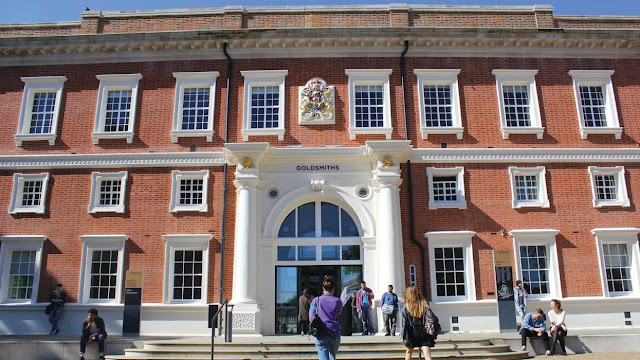 That leads me nicely on to talking about the curated show that I assume I talked about ages ago. Featuring 18 artists:

For the past few weeks/month or so, I’ve been going around on studio visits as well as talking to people online, organising the show at The Muse Gallery, which is now opening on the 8th August – Facebook event here: www.facebook.com/events/1349199905117218/ 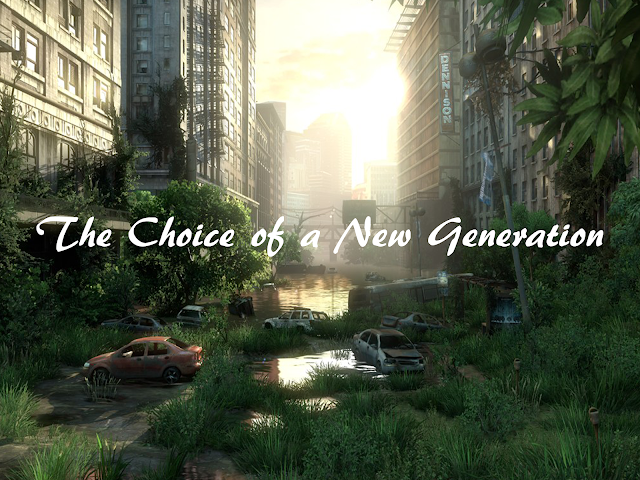 I think I’ve mentioned this before, lots of back tracking in this post, but I love going on studio visits now. You turn up, the artist shows you their work and talks about, you nod and reflect a little on it yourself, learning more about the artist and their practice. So much better than just going to their website. Obviously I hope for this to become more of a thing within my curating practice, and not just for upcoming shows. It’s a great way to expand your network, etc, and have interesting conversations with people.

So I’ve been putting together the press release for that for a week or so now, slowly chipping away at it. I decided to move away from my usual press release format, finally putting myself in my own shoes, about how I feel when I go to an exhibition and read a very vague press release. So instead of this I decided to do a few things, one was writing a bit about the show in my usual style, an overview of the themes involved, explaining the title, etc. I’ve then also written a little story to go alongside this, taking the ‘head in the sand’ metaphor to a different space and utilising the idea of having your head in a comforting bucket instead. Here’s the work-in-progress press release, it’s going to be folded into three parts like a pamphlet. Even though the show is different from the magazine, it’s still the launch for it, so I decided to use the 4chan background again, rather than the classic isthisit? marble. 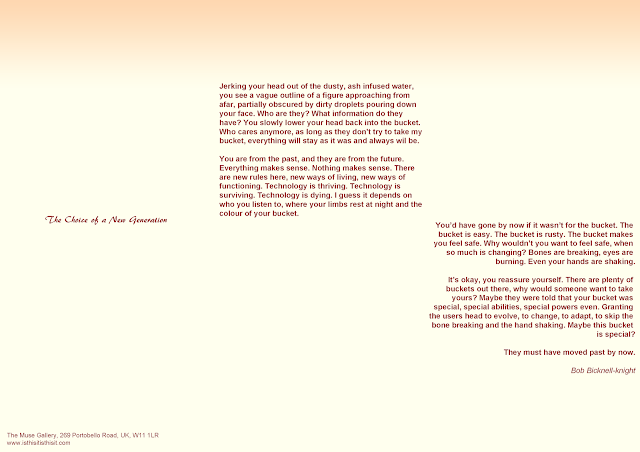 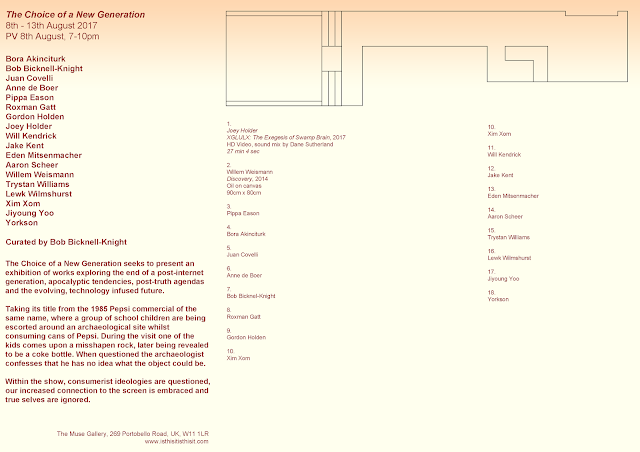 Things with isthisit? are going fairly well, guest curators are still a thing which is ongoing, with better and better shows being produced on a weekly basis. There’s also a few other interesting things coming up, I’ve been invited to curate a show in Berlin by a project space called State of the Art, which is very exciting. Unfortunately as the space is unfunded, I wouldn’t be able to go out there to curate the show, so I’m going to become a virtual curator of sorts, choosing work simply by looking at it online and then orchestrating it from Skype, etc. This will be the vague premise of the show, distinctions between online/offline space, etc. It’s very early on, so I haven’t fully thought about it just yet.

I’ve also been invited to put together a ‘website tour’ by Rebecca Edwards who’s the curator at Arebyte Laser. I’d basically be choosing various sites that you’d be taken on a tour of, with a beginning text foregrounding the ideas surrounding it in some way. Here’s an example – www.websiteseeing.net It was suggested that it could be exploring isthisit?, but I’d quite like to do something else with it, although I still need to work out what that might be!

What else? I might be curating a booth or something, or having isthisit? as a booth in a Vienna art fair, but that’s still potentially in the works. I definitely have some work in the art fair, which is cool, but I might have also been invited to have a booth myself. Either way, all fun.

Oooh I’m also going to be in a duo show with Molly Soda, which is very exciting, and will be happening in late September, curated by Luke Nairn, who is great. It’ll be in a beach house in Exmouth, something I’ve always wanted to have a show in. This will be fun, and hopefully they’re getting funding for it too.

I also opened up a call for submissions for my pavilion at The Wrong Biennale, the digital biennale which is very cool, looking at virtual avatars, etc. Here’s some info on the open call - Taking its title from the 2010 documentary directed by Jason Spingarn-Koff, Life 2.0, isthisit?'s online pavilion situated within The Wrong Biennale hopes to present a variety of works considering the notion of ones second self, explored online through virtual avatars and hidden identities, safely positioned behind the seemingly impenetrable protection of the screen. It’s going to be called Life 2.0, you can go to the Facebook event here for more info and how to apply, etc - www.facebook.com/events/131763504094285/ 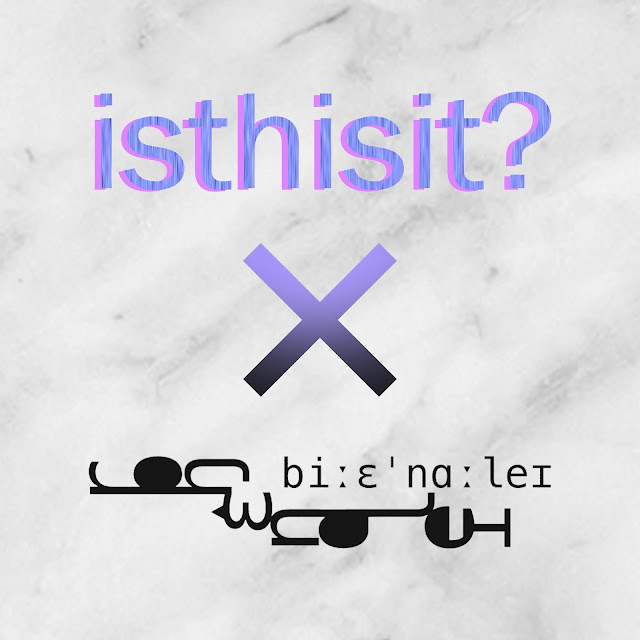 What else, what else? The magazine has been done for quite a while now, with all 20 of the physical copies being sold before the opening, which is pretty great actually! Oooh yes, the USBs! They arrived and looked very good, incredibly crispy and impressive. Unfortunately they’re now more like USB holders than actual USB sticks as I measured the holes slightly wrong, but I think it’s slightly better than that, maybe. I’ll put some pictures here too. They’re going for £60 each, with most of the profits going to the artists involved in designing them. You also get digital versions of issue 1 and 2 too. Those can be bought here - www.isthisitisthisit.com/editions 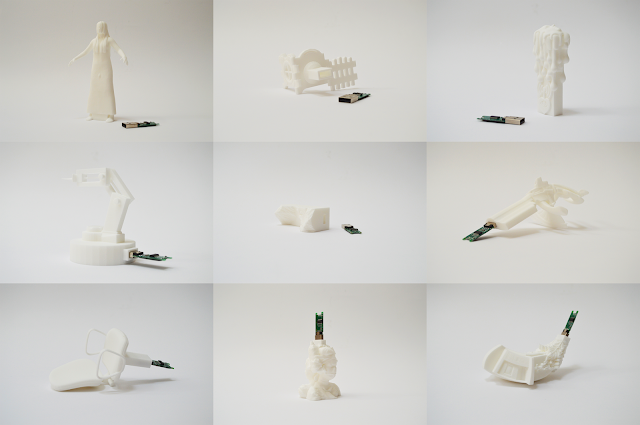 Also, I now do a monthly newsletter for isthisit?, what’s happening in the month ahead, guest curators, offline shows, etc. You can subscribe by going to the main page on www.isthisitisthisit.com and clicking ‘subscribe’, very simple. 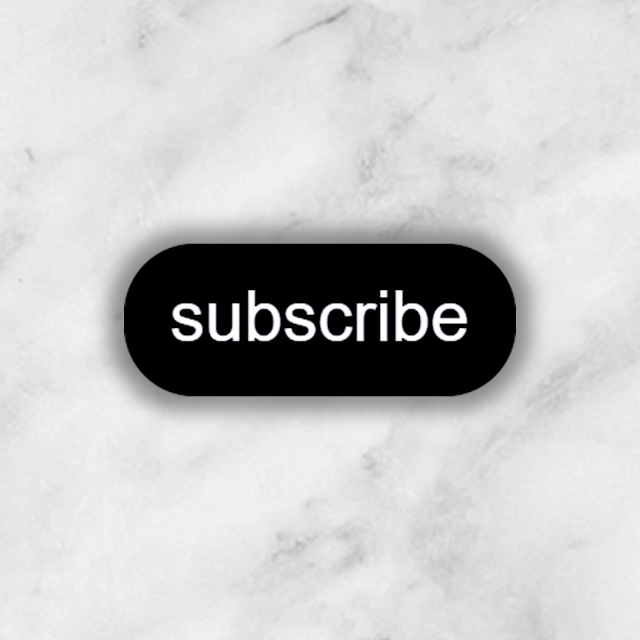 In the next few days the online shop portion of the site is going to go live, who knows how that’s going to go! I have a very severe excel spreadsheet ready, in order to count the number of editions created, etc. I’ll also have to have an account of everyone with an edition. It’s all a lot of work haha… Especially as and when I sign more people on, well, if anyone buys anything that is! Launching with 36 digital artworks from 7 artists. 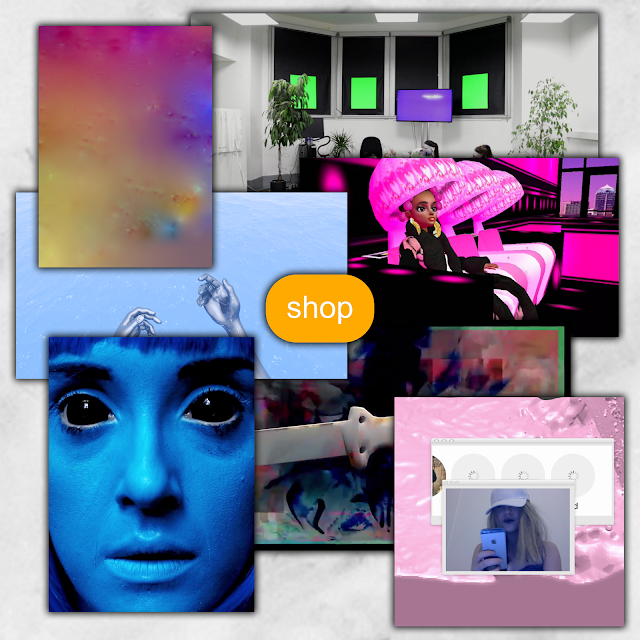 Ah my own work! That might be important to talk about, 1500 words into this post. I took a small break from making work myself to concentrate on the magazine and everything going on with isthisit?, pics from Sunrise Prelude are up, mostly good shots, a couple of things I’d have liked to document, but that’s what you get for not documenting yourself I guess. I’m currently making work about Pepe the Frog again, after finding online a 3D model of Pepe the Frog as Christ the Redeemer, arms outstretched, welcoming everyone into its arms. I’m in the process of building a video game, alongside a soon to be 3D printed sculpture, as well as various digital prints, all creating this alt-history that focuses on Pepe the Redeemer, as if it was always Pepe and never Christ. This involves lots of Photoshop and superimposing. I hope to create a range of works potentially hung in frames like they’re the real thing, although that isn’t really my aesthetic. 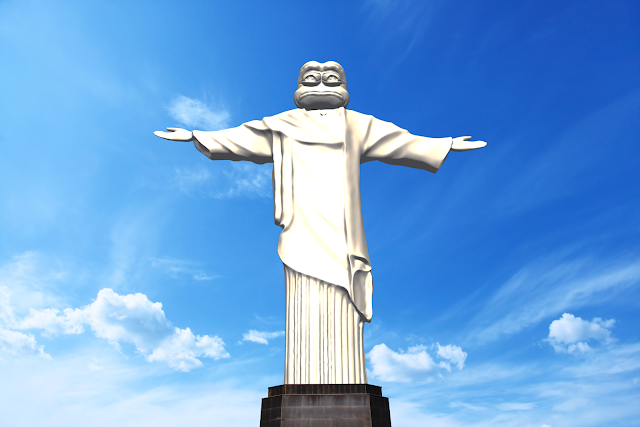 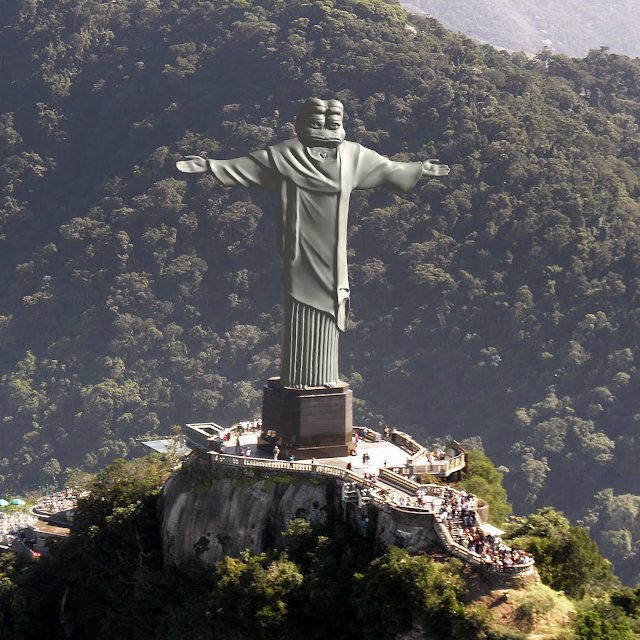 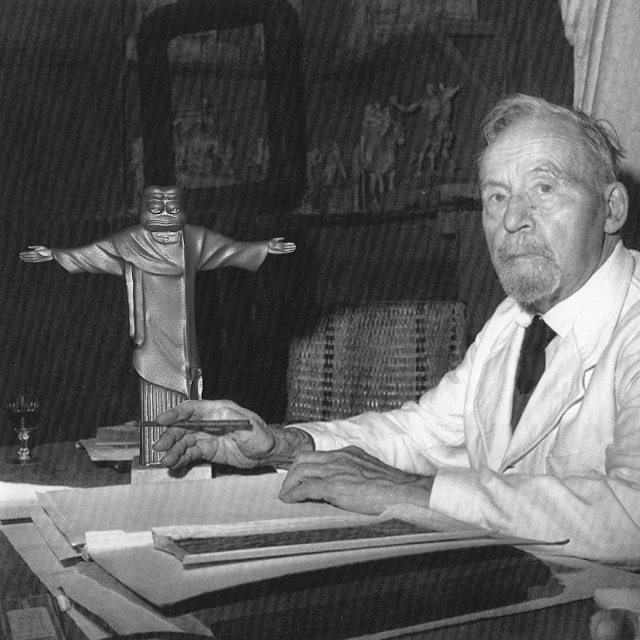 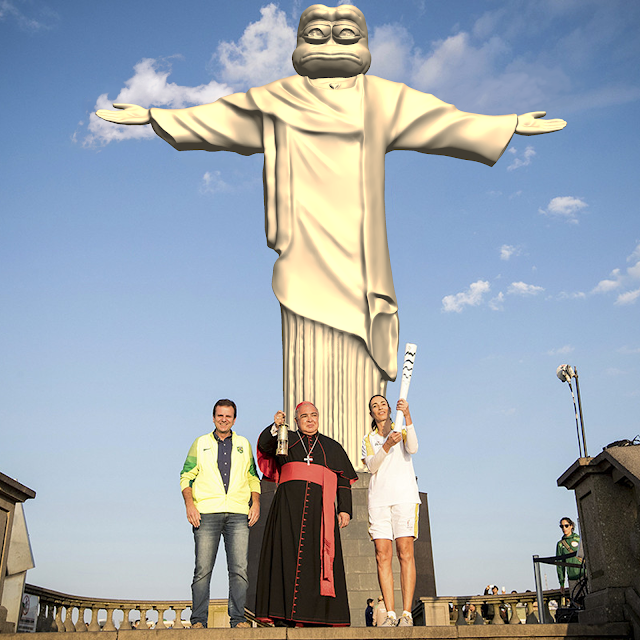 With the video game you ascend a mountain, climbing to the top in order to pray to Pepe, abandoned at the top of this mountain. At the moment it’s super basic, although I’m unsure of what else I can do as my knowledge of video game creation is very basic. I need to spend more time on it I guess… 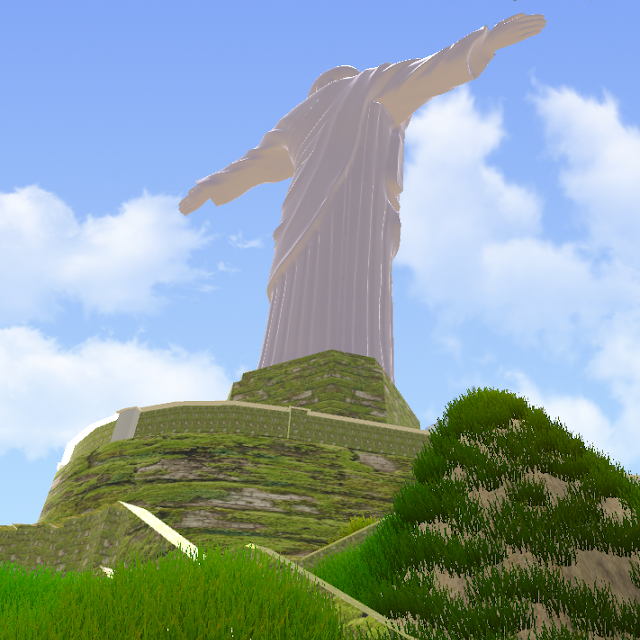 I also want to make a video, or two, imitating tourist attraction videos, saying come see the great Pepe statue, etc, as well as 3D print one of my own USBs, in Pepe form, maybe to run the video from, or run the video game from. Perhaps this could be made into a necklace, imitating once again the classic Redeemer shops selling merchandise in this beautiful location.

For the show next month that I’m curating I’ve made two digital prints on vinyl to attach to the walls, acting as foregrounding to some of the works. Yet again using my work in a hopefully subtle way. I’m also thinking of using one of my bean bags to watch one of the video works on, but I’m still thinking about that as it’s a fairly large work. 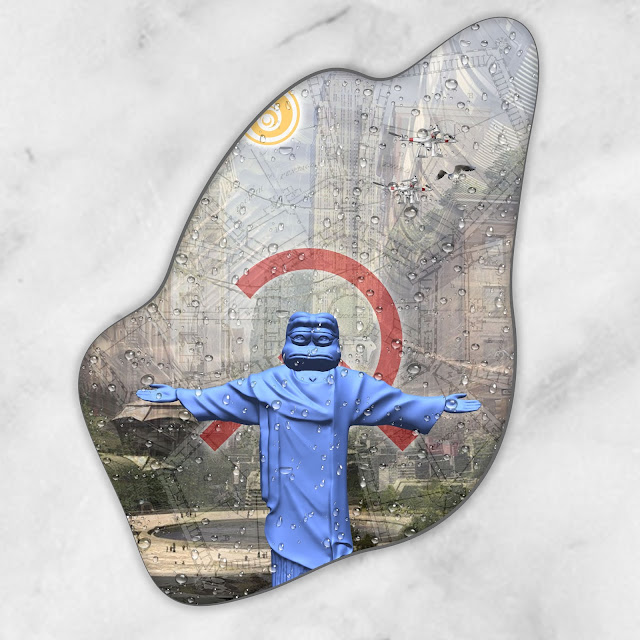 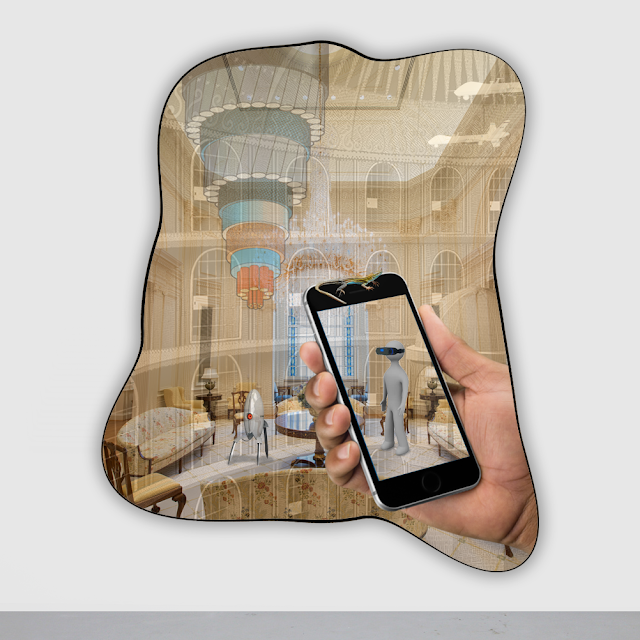 Obviously I’ve been watching countless films and TV shows over the past month and a half, yet again I’m going to put that off, same as the exhibitions, as I just want to get this published and move forwards. Hopefully I’ll have some time soon to go through everything very quickly again, as I don’t want to loose these experiences, as I definitely will forget them, and this blog has been a wonderful resource in that respect. I love being able to go back and see what I’ve previously written about, past shows, past work, past thoughts and feelings, etc. Anyway, for now I need to work more on this press release, get all the work to me, send all the mags out, publish the shop, continue making Pepe work, pack everything up, curate the show, plan my dissertation… All very busy...
Posted by Bob Bicknell-Knight at 16:30:00